A Tale of Two Authors

What are the chances a woman who’s been ignored for the past 800 years should suddenly be the focus of two biographical historical novels published months apart … by two independent female authors?

What are the odds both writers are the same age, live in the same state, have journalism degrees, and belong to Mensa?

And what is the probability these two women would learn of each other and become friends, although they’ve yet to meet face to face?

Of all the many things these authors have in common, the main one is their subject: the real-life woman Jacoba/Giacoma dei Settesoli, a rich Roman noble who shares the crypt of St. Francis of Assisi. She was the only woman at his deathbed.

Blood of the Seven Suns

“Watts is a talented writer, and this book is clearly a labor of love. She has done extensive research on the era and really anchors the book in the time and place, 12th-century Assisi and other locations in what is now Italy.”

Lady of the Seven Suns

“Told in the first person by Giacoma, this book travels to an unfamiliar time and place. Heath is a good writer.”

One of the few things documented about this woman is that as a young teen she joined one of Rome’s most powerful families — the Frangipani — when she married a man nearly twice her age. Historically, little is known about her marriage except that she was widowed young. Both authors coincidentally made the arranged marriage a love match.

Both writers also placed Giacoma/Jacoba at the scene of significant incidents in St. Francis’s life, though there is no contemporaneous documentation to either support or refute her presence. One final coincidence: The authors both chose the same names for two fictionalized secondary characters: a doctor called Marco and a servant named Sabina. The books were reviewed by Caroline McCullagh in consecutive issues of the Mensa Bulletin this spring.

Tinney Sue Heath: Shortly before I published Lady of the Seven Suns: A Novel of the Woman Saint Francis Called Brother last fall, I learned of another novel about my main character and her relationship with St. Francis of Assisi. Blood of the Seven Suns: A Medieval Novel Based on Real People & Events had just come out.

I was frankly flabbergasted.

So few people have even heard of our subject, and now there were two freshly published novels about her! The timing was such that there was no possibility of either of us knowing about the other’s work before we published. Should I contact the other author? Did she know about me? All of my insecurities kicked in. Her book would be brilliant and eclipse mine; she would have found research sources I somehow missed; she would have captured the deep religious nature of our subject in a way my secular approach had not…. So I dithered. But when I opened the Mensa Bulletin to see if my review was published yet and instead found a review of the other book, I knew I had to contact this fellow Mensan with an interest in medieval Italy. Curiosity was stronger than either competitiveness or paranoia.

Susan Watts (who writes under the pen name H. G. Watts): A woman from a local book club I met with last summer told me she was so interested in “Brother Jacoba” that she picked up another book about her. She said the story was like mine, but approach and style were different. I remember thinking at the time, How could they possibly be the same story? While the writings of St. Francis himself, events chronicled by the saint’s earliest biographers, and other scholarly and non-scholarly sources provided the foundation for my novel, the storyline itself came completely from my own imagination.

Heath: I took a deep breath and wrote a brief collegial note to H. G. Watts via her website. To my great pleasure, she responded immediately, with warmth and generosity. She turns out to be a lovely person as well as a gifted writer who does not skimp on historical research. We discovered a list of coincidences and things in common so extensive it’s almost scary.

Watts: Our books are very different in tone, and we have made some disparate choices about such things as when Jacoba and Francis meet and how much of Francis’s story to include. In addition, I opted to write in the third person and Anglicize the names of three main characters to Jacoba, Francis, and Gratien, while Heath’s book is written in the first person using the Italian monikers Giacoma, Francesco, and Graziano.

Heath: Watts starts her story with Giacoma and Francesco as children, which allowed for some fascinating insights, including much more about Giacoma’s family than I put in. She moves skillfully among her main characters to give her readers glimpses of each one’s deepest thoughts. By writing in first person and beginning my version at the point where Giacoma is already married, I lost those opportunities, but instead I gained the chance to interpret all that happened — and see Francesco himself — through Giacoma’s eyes.

I knew I had to contact this fellow Mensan with an interest in medieval Italy. Curiosity was stronger than either competitiveness or paranoia.

Watts: What amazes me is that our books complement each other rather than compete. No one truly knows how such a close relationship developed between the Roman noblewoman and St. Francis. I think both books present plausible storylines. My book starts with Jacoba’s birth, and for more than half of my book her husband is still in the picture. Because there is so little factual information about Jacoba herself, I relied on events in Francis’s life to “evolve” my plotline. Most documents related to “Brother Jacoba” disappeared shortly after Francis died. No one knows whether they were destroyed or if they are waiting somewhere to be discovered.

Francis was on a fast track to sainthood; so, revealing an uncharacteristically close relationship with a secular woman could have greatly slowed or even halted the canonization process. However, the Catholic Church apparently had enough information to consider Jacoba “Blessed” and set her feast day as Feb. 8.

Heath: I agree that our books are complementary. Both are believable and valid interpretations of what is known about our subject, and about Francesco. Both of us did extensive research, and we took it in two different directions, but considering the dearth of documented information about our heroine, contradictions are remarkably few and far between. We differ on the number of Giacoma’s children, the cause of her husband’s death, and a historical character named Prassede — who in Watts’s book begins life as an outcast and in mine is someone a reader described as “the world’s chattiest recluse.”

One thing on which both books and their authors agree is that Jacoba/Giacoma must have been an extraordinary woman whose world was not unlike ours today.

If you are interested in storylines involving real people who lived remarkable lives or you appreciate well-researched historical fiction or you simply want to escape to medieval Italy for a little while, you might want to make the acquaintance of both books. Reading the two could also make for some interesting book club discussions. 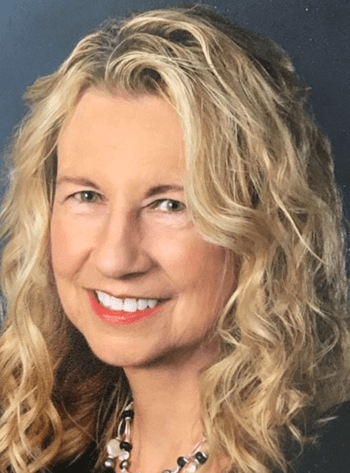 Susan writes under the pen name H. G. Watts. As a young teen, she wrote professionally for a daily newspaper and received various awards, including national recognition for the youth section she edited. She also worked professionally in television, radio, and corporate communications, where she edited a regional magazine. Her Faith and family are most important in her life. Her words to live by: “Thy Will be done.”
Mensa of Wisconsin | Life Member, Joined 1987 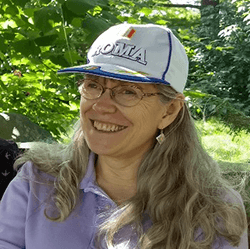 Tinney writes historical novels set in medieval Italian cities. Her background is in journalism, but somewhere along the line the classic journalistic questions of Who? What? When? Where? and Why? started getting shunted aside by What if…? And thus a fiction writer was born. When she is not writing, you will probably find her playing medieval and Renaissance music on a variety of peculiar early instruments.
Mensa of Wisconsin | Joined 1967