Another constitutional convention could completely upend U.S. government as we know it -- and that's not a good thing

Article V of the Constitution spells out two methods for amending it:

Precedent counts for a lot in law, and the 1787 Constitutional Convention that changed the foundation of our government from the Articles of Confederation to our present Constitution set two precedents that make all future constitutional conventions dangerous.

The 1787 convention was called for the purpose of proposing amendments to the Articles of Confederation, but attendees instead threw out the Articles of Confederation and wrote our present Constitution. Based on that precedent, another con-con could just as easily throw out our present Constitution (and Bill of Rights and all) and write something else. That is not “runaway convention” alarmism. There was a lengthy debate about it when calls for a con-con arose during the Reagan administration, and the legal consensus was that a constitutional convention would be a sovereign body, not bound by any limits, conditions, or expectations. There would be no limit to the scope of amendments that could be proposed, up to and including “amending” the entire Constitution.

Convention advocates have tried to assure the public that the convention they promote could be, for example, “restricted to proposing amendments that will impose fiscal restraints on the federal government, limit its power and jurisdiction, and impose term limits on its officials and members of Congress.” The precedent set by the 1787 convention says that that statement is not true. A constitutional convention can exceed the stated purpose of its call.

Convention advocates have also tried to assure the public that amendments proposed by an Article V convention of states would not take effect until ratified by three-quarters of the states (38 out of 50). Unfortunately, that ratification procedure is spelled out in the Constitution itself, which means that it could also be subject to amendment.

A constitutional convention held today would be a prime target for influence by those who harbor ambitions of becoming American royalty, running the nation like a feudal kingdom, and further reducing or eliminating the ability of We the People to influence government.

The delegates to the 1787 convention were mostly men who had worked and fought for independence from the British monarchy. They had a vested interest in giving our fledgling nation the best chance possible to succeed and prosper. There appear to be few such patriots today in positions of authority.

Convention advocates claim that 28 of the necessary 34 states have passed resolutions calling for an Article V convention. Mensans, and indeed all Americans, would be wise to find out whether or not they are living in a state that has passed such a resolution, and if so, urge their state representatives to consider rescinding that resolution. 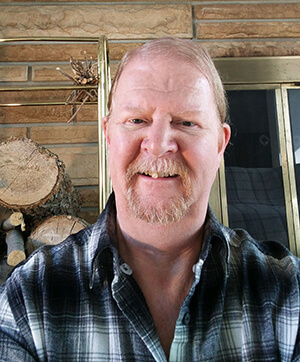 Lee is a lifelong Michigander. Except for the four years he spent getting an engineering degree at Michigan Tech in the Upper Peninsula, he has lived in southeastern Michigan, working as an industrial electronic equipment designer for various companies. He started writing letters to the editor about politics during the Reagan administration and hasn’t stopped. Several years ago, he did amateur stand-up comedy for a while.
Southeast Michigan Mensa | Joined 1986