He's a member, too | RAY GOFORTH 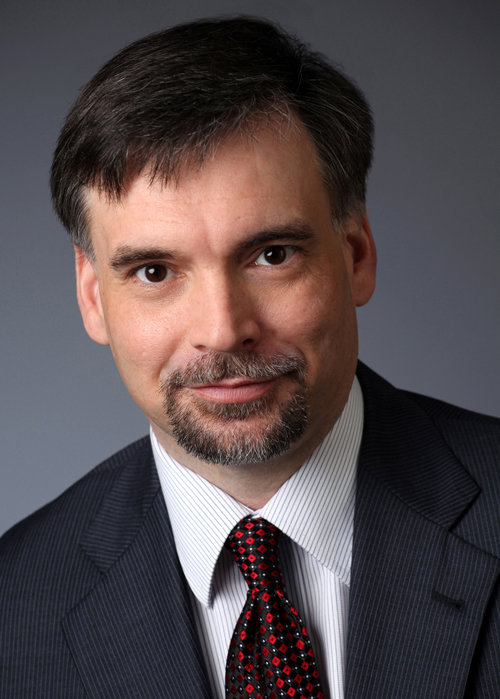 A member since 2004, Ray Goforth is Executive Director for the Society of Professional Engineering Employees in Aerospace and a man who is interested in “mutually satisfying solutions.” Ray lives in Renton, Wash.

How I found Mensa: I realized my LSAT score automatically qualified me for Mensa membership and decided to apply to see what it was about.

Protecting workers: Beginning in the 1980s, corporations began to abandon the notion they had a responsibility to all their stakeholders (shareholders, employees, customers and community) and switched their focus to enhancing “shareholder value” at the expense of all else. One of the impacts of this realignment of corporate culture has been to devalue the role of the professional in the workplace. Appreciation for the specific experience and skill of the professional has been replaced by a commodification of their labor (an engineer is an engineer). Why pay an American engineer if you can hire an Indian one for 1/5th the cost? I believe professional labor unions play an important role in pushing back against this hollowing out of the American economy.

Successful negotiating: The biggest mistake people make when negotiating is to advocate for what they want while perceiving the interests of the other party as illegitimate.

Use your power: I always start by trying to find mutually satisfactory solutions. However, if an employer treats our problems as illegitimate or not worth solving, I’m very comfortable using power to solve problems. For example, during our most recent negotiations with Boeing, the management negotiating team told us it was not going to extend pension survivor benefits to same-sex couples despite the fact that Washington state had legalized gay marriage. The team’s reasoning (which was legally valid but morally bankrupt) was that pensions are governed by federal law, and it wasn’t required to comply with state law on the matter…. After it became clear we weren’t going to change their minds at the bargaining table, we took the issue out to the media. The resulting furor shamed Boeing into reversing their position. While I wish that this level of acrimony hadn’t been necessary, our job was to dismantle the institutional discrimination, and we accomplished that.

Horse trading at home: Like management everywhere, I hold most of the power. However, if my kids can make a compelling argument for something, I will often grant it unless I have a compelling reason not to.

Free market failure: Beginning in the 1980s, we embarked upon an experiment to see if the general welfare would increase if the government reforms of the progressive era and the New Deal were scaled back. The idea was that if we deregulated industries, privatized government functions, cut taxes, and opened up markets to unregulated trade, eventually everyone would benefit.… I believe it’s time to declare this free market experiment a failure, keep the pieces of it that worked, and reverse the pieces that didn’t. However, that’s not where we are as a society. As a society, we largely recognize we are not living in the future the free marketers promised us, but there isn’t a consensus as to why.

In 10 years, I hope to be: On a beach somewhere, but I suspect I’ll be advocating for the powerless against the powerful in one capacity or another.

Each month, American Mensa's membership magazine, the Mensa Bulletin, features interesting and intriguing Mensa members from around the world. Find out more about becoming a member today!