A Date With Data

Anyone alive with even modest sapience has constantly heard about data over the past few decades. It’s the bread and butter of statistics, foundational for economic forecasts — for getting them made, not necessarily getting them right — and the fuel that turned Amazon into a leviathan, earning Jeff Bezos near-Bond villain status.

Every discipline imaginable relies on these bits of information. As a professional forecaster of everything except the weather, much of my time is devoted not only to analyzing data but also to finding it in the first place. Predicting election outcomes requires looking at polling, demographics for a jurisdiction, trends from past elections, and a slew of other bits and pieces to form a mosaic that shows the probabilities of different outcomes.

Another perfect example is the current state of inflation in the U.S. and worldwide. Between the Departments of Commerce and Labor, the federal government produces massive amounts of data on prices.

From chicken and clocks to sports equipment and salad dressing, the Bureau of Labor Statistics has been tracking changes in prices for a century. From there, we throw in Federal Reserve policy, geopolitical risks for energy supplies, shipping bottlenecks, commodity futures, TSA throughput (how many people go through security at U.S. airports), fiscal developments out of Congress, labor supply and demand, Covid-19 case trends, and a host of other data to paint a picture of what we think the future might hold.

Each data point is like a star in the sky waiting to contribute to an intricate constellation giving a peek into the future. Yet even with all these data, the best economists and forecasters can do is give a broad, macro estimate of what will come. Whether $1 Pabst Blue Ribbons at your local watering hole or cheap donner sandwiches from your favorite food truck are endangered species is much tougher to nail down. Even with a mountain of data, granularity is often the exception, not the rule.

For most, though, it’s all academic. Let’s be honest.

If you ask 100 people what comes to mind when they hear forecasting, 99ish will talk about the weather. Meteorologists and climatologists have been and remain at the vanguard of data analysis for predicting future events. On the high-tech side of things, radar systems, balloons, satellites, and moistened fingers in the air all produce data that inform us about the dynamic processes in the atmosphere. These data all help to feed the world, direct travel plans, win or lose battles, and tease schoolchildren with the prospect of a snow day. However, these high-tech tools get scientists only so far.

Enter CoCoRaHS, pronounced “koko ross”! While it sounds like an exotic bird that we might find in Nicaragua, CoCoRaHS is the Community Collaborative Rain, Hail, and Snow network, a slew of volunteers around North America who submit precipitation data from their own decks and backyards.

Started in 1998 at Colorado State University, the program gathers reports from thousands of volunteers who aid in studying weather and climate conditions. The network collected its 50-millionth precipitation report by April 2020, with scientists, city utilities, farmers, and others finding new ways to exploit this rich dataset. Engineers even use it to vet traffic count data when outlier readings occur.

Russ Schumacher, the incumbent Colorado State Climatologist (also Jeopardy! Tournament of Champions winner and notorious Prince aficionado), told me that he didn’t really appreciate how widely the data were used until he became more deeply involved with the program. It has become so robust that the National Oceanic and Atmospheric Administration has begun using CoCoRaHS data for its decennial baselining of conditions called “climate normal.”

So why bring this up? Anyone can participate! This is an opportunity for each of us to occupy our busy minds by contributing to scientific research.

While there are limits on how granular we can make inflation forecasts, CoCoRaHS is an opportunity to make the science of weather and climate forecasting as local as your backyard or patio. We know that weather impacts can literally change from block to block here on the front range of the Rockies in Colorado. Having denser bodies of data is key to understanding the nuances of weather, for example, on the edge of plains bumping against mountains. But it doesn’t take massive geological features to make weather data relevant. Whether near a large body of water or desert, in a large city or the middle of Nowhere, Okla., every precipitation reading is another single-stud Lego with which to build models and forecasts.

If weather interests you (and I am confident the answer is universally in the affirmative), visit the CoCoRaHS website to learn more an join the community.

Get in on the fun because, science! 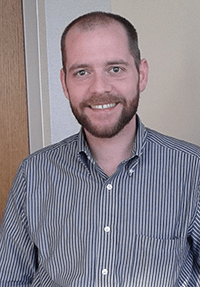 Ryan is a director and superforecaster with the forecasting services firm Good Judgment Inc. He has been his group’s LocSec since 2020. A Leo, Ryan resides in Arvada, Colo., where he refuses to sit back and allow communist infiltration, communist indoctrination, communist subversion, and the international communist conspiracy to sap and impurify all of our precious bodily fluids.