Assembling a Dream Team USA for the International Quiz Olympiad

Ken Jennings led the last squad, maybe you'll be on the next

In the medal round of the international Quiz Olympiad, 100 questions will test the mental mettle of the four-person team representing the United States.

But before the event, scheduled for Nov. 11–14 in Krakow, Poland, those contestants and the other people who join Team USA will face countless other queries that really boil down to just one question: What do you know? Assembling a team with the best chance for success requires evaluating candidates’ trivia talents. I’d like to share how we’re doing that for Quiz Team USA, which I manage, and invite you to throw your hat in the ring. But first, a little about the event.

Thanks to a legacy from a quiz show legend, a team of Liberians will get a chance to compete against some of the world’s best quizzers at the second Quiz Olympiad. The Liberians were selected for a grant by the Toutant Intellectual Competition Fund, founded in memory of Ed Toutant, a winner on several U.S. quiz shows and a beloved member of the trivia community. I’m Chair of the Toutant Intellectual Competition Fund.

Ed, who passed away in 2018, believed in the power of knowledge, and he’d be delighted to see a team attending the Olympiad that otherwise wouldn’t have been able to attend. (The costs approach a person’s average yearly income in Liberia.) The grant will support up to six Liberians and will cover flights, lodging, meals, and event registration to the Quiz Olympiad.

Jane Allen, Toutant Intellectual Competition Fund Committee Member and Managing Director of the International Quizzing Association, said when announcing and recognizing the Liberian team, “We’ve long had a presence in Africa, and I’m happy to see a team from yet another continent at the Quiz Olympiad.”

Liberian team captain Atty. Phil Tarpeh Dixon is the former Deputy Minister for Manpower Planning and Human Resource Development for Liberia’s Ministry of Labor. He said, “Liberia’s participation as the first African country to be involved in the Quiz Olympiad will inspire many for years to come. For more than half of the team members, this would be their first travel outside Liberia. As a team, we will endeavor to justify the generosity of [the Toutant Intellectual Competition Fund] and confidence of [the International Quizzing Association] by producing an exceptional performance.”

The first Quiz Olympiad took place in Athens, Greece, in 2016, with a team of 16 Americans among a field of 201 competitors representing 26 nations. Several Americans earned medals in individual and pairs competitions, including Jeopardy! G.O.A.T. Ken Jennings. Jennings was also on the four-person nations team for the U.S., joined by vets of other quiz shows; however, they did not advance to the medal round, which saw England take gold, Belgium silver, and Norway bronze. Jennings praised the caliber of quizzers there. “The events were fun and well-organized, but more importantly, we were blown away by the quality of the competition,” he said. “These quizzers were the very best in the world, and it was a pleasure to watch them do their thing.”

What sort of questions do competitors face, or, more to the point, what isn’t asked? This is the antithesis of your local pub’s trivia night; it’s a global quiz for a global audience. Don’t expect questions about soap operas, local politics, or other regional events. Do expect questions about mythology, the Olympics, Disney films, the solar system, wildlife, and Nobel laureates. Expect questions whose answers could be known by people from Dallas, Dusseldorf, Dakar, Delhi, or Darwin. Question writers from across the planet seek to achieve geographic, temporal, and categorical diversity in the material. And the quiz is translated into several languages, 14 in the most recent edition.

A player’s total score is the aggregate of their scores from their seven best papers. The discarded score is referenced only in the case of a tie. The next tiebreakers are best score in any one paper and then second best, third best, fourth best, etc. to separate tied players.

Independent proctors volunteer to receive and oversee local quizzes and their marketing. Quizzes typically take place in a location where individuals sit and write, such as a library conference room, a quiet coffee shop, a classroom, a park shelter, or anywhere else somewhat (but not necessarily totally) free of distractions. There were 22 U.S. locations in 2019 and about 125 globally.

The World Quizzing Championships typically takes place on the first Saturday of June, but due to the pandemic, the 2020 event was delayed until Dec. 5. The International Quizzing Association has protocols for remote proctoring online for when in-person gatherings are not possible, as was the case in December; groups that could not safely meet in person (outside, for example) moved their events online. World Quizzing Championships sites are listed at quest.quizzing.com, where you can also register to participate. When there is demand but not a site in a given area, additional proctors are recruited and added.

Current and past performance on the World Quizzing Championships will be of primary consideration for selecting the Team USA nations quiz squad. One factor will be overall performance, and another will be the performance on specific categories, so we can achieve balanced team coverage. But those aren’t the only individual performance metrics we’ll consider. American Mensa is providing qualification assistance to candidates for Quiz Team USA by offering controlled use of previous material from CultureQuest®, an annual quiz competition dating back to 1990 whose questions range “from film to politics, from literature to geography, from music to history, and further afield.” The evaluation also considers a resume of past intellectual competition, such as quiz and knowledge bowls, history and geography bees, television game show appearances, and the like.

Much like the early modern athletic Olympic games, Quiz Olympiad participants are primarily those with the means to attend. (Though, a Liberian team is being sponsored.) We don’t have a team plane we’re sending to Krakow in November. But if you are able and interested, there could be a spot for a Mensan or Mensans on the national team. There are also other individual, pairs, and team competitions open for anyone to participate. 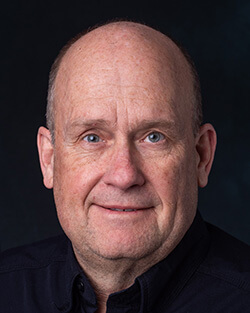 Paul is a Mensa member and team manager for the USA Quiz Team. He helps to organize the World Quizzing Championships in the U.S. and is a content contributor to Trivia Nationals and other mind sports. Paul works for the University of Colorado Police Department as a Community Safety Official and for the U.S. Census Bureau as a Field Representative.