Role of the Government in the Creation and Supply of Money

The idea that money should be created and controlled by a central authority such as the government has been challenged in recent years, most notably with the advent and popularization of monetary alternatives such as cryptocurrencies.

While the shortcomings of today’s centralized, bureaucratic monetary arrangements are hard to miss, the alternative of a fully decentralized economy with no authoritative monetary standards raises far more concerns than it addresses. As such, I agree with most economists that money should be produced and controlled by the government.

We hardly need to stretch our imagination to picture a world where the creation of money is left to the free market. In antebellum America, a network of about 8,000 loosely regulated, mostly state-chartered banks flooded the economy with more than 10,000 different types of unique and legal bank notes, which made any economic transactions exceedingly difficult.

Banks could choose how much money to issue based on their holdings, and notes were often traded at discounts to their face values due to individual bank default risks. Counterfeiting and fraud were rampant, and banks that issued worthless currency backed by questionable security (commonly known as wildcat banks) became a symbol of this chaotic time. This free banking wild west period was brought to an end by the National Bank Act of 1863, and a single national currency backed by the federal government brought financial stability to the system. Transaction costs became lower as people no longer needed to assess the financial strengths of individual issuing banks, and values were easily determined by referencing a single standard.

Recent periods of cryptocurrency proliferation provide another curious case study on what a decentralized economy can look like. There are currently more than 6,000 different cryptocurrencies worldwide, and just about anyone can create their own with a little bit of technical know-how.

The problems with this nascent, largely unregulated market are eerily similar to what we saw in pre-Civil War America: Most cryptocurrencies experience wild fluctuations in value that make them a poor medium of exchange, and so-called stablecoins — a type of cryptocurrency that’s tied one-for-one to dollars or other traditional currencies — only create problems that traditional financial regulations have already solved. (The most popular stablecoin, Tether, reached an $18.5 million settlement with the New York attorney general for lying about the USD backing of its issues.) Malicious crypto scams and schemes known as rug pulls are commonplace and routinely go unpunished; investors often have limited to no legal recourse after losing billions in some of the largest heists.

Stability and investor protection are not the only reasons the government should be in charge of money. Monetary policy, which works only because of central banks’ currency control, is a critical tool in managing business cycles and combating financial crises.

The Covid-19 recession was the shortest in U.S. history, lasting just two months despite its devastating effect on productivity and employment. This was largely due to the unprecedented monetary and fiscal policy responses. The ability to print money freely allowed the government to inject liquidity into the market and serve as the lender of last resort, which prevents banks and businesses from shuttering, which would lead to further chaos in the economy.

In contrast, a cryptocurrency-based economy would have difficulty managing a liquidity crisis. Popular currencies such as Bitcoin have a finite supply, and currencies without supply limits such as Ethereum must be mined at a relatively constant speed rather than created freely. Additionally, controlling money allows the central bank to lower interest rates when the economy runs into trouble, which private lenders would not be incentivized to do as they seek to maximize returns.

To be sure, complete government control of money is not always a good thing. Like other entities, governments are sometimes subject to mismanagement and corruption, and their poor handling of money can lead to dire economic consequences such as hyperinflation and capital flight.

Countries such as Venezuela and Zimbabwe offer famous case studies on the effect of runaway inflation due to oversupply of currency, and ill-conceived monetary moves such as India’s sudden demonetization have caused massive job loss and lower GDP growth. Other examples of controversial money-related government maneuvers include currency manipulation, which arbitrarily changes international trade dynamics in favor of certain parties, and capital controls such as daily transfer limits and investment restrictions, which create artificial friction in global commerce.

In these instances, a decentralized currency that’s not controlled by any governments can appear to offer solutions: It will not be subject to government control and manipulation that can lead to deleterious, often unintended outcomes and can facilitate uninterrupted, secure international transactions when it’s in digital form. For many people, and especially those who subscribe to the Austrian school of economics, these attributes make democratized monetary projects such as cryptocurrencies especially appealing.

History has shown us the many positive externalities of governments’ control of money as a special class of good. The ability to print and control money represents a formidable power given the role money plays in our lives, and as the great English historian Lord John Acton once remarked, “Power tends to corrupt, and absolute power corrupts absolutely.”

Even though governments are not immune to the corruptive power of the money printing press, the hope is that in a democratic, civil society with well-established checks and balances, government entities would be less susceptible to act in their own self-interest compared to private enterprises. 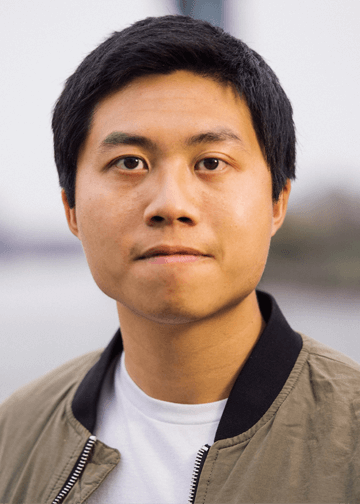 Pascal received a degree in economics from UCLA and is currently an MBA student at Yale. Besides being involved with quite literally everything on campus, Pascal enjoys volunteering for education-related causes, discovering new hobbies, and making futile attempts at whittling down his ever-growing reading list. He has traveled to 37 states in the U.S. thus far and counts Montana as his favorite.