Politics & the Media: The Tipping Point

James Madison could not have predicted our 280-character representative democracy

Technology has pushed the United States to a tipping point in how it is governed. Advances in communication, in particular the rapid growth of social media, have transformed the political landscape to where our elected leaders execute their responsibilities in ways that would no longer be familiar to the Founding Fathers who crafted the process.

Indeed, the plethora of information media, coupled with a fractious and polarized political environment unprecedented since perhaps the lead-up to the Civil War, challenges the entire concept of representative government.

In Federalist No. 10 of The Federalist Papers, James Madison defended a representative form of government in response to those who warned of factions hijacking the process and therefore descending into de facto mob rule. He argued that for civil society to survive, the various factions inherent within a large society would have to negotiate among themselves and therefore reach compromises that would protect the rights of the minority. Madison writes, “The instability, injustice, and confusion introduced into the public councils, have, in truth, been the mortal diseases under which popular governments have everywhere perished; as they continue to be the favorite and fruitful topics from which the adversaries to liberty derive their most specious declamations.” Madison describes these factions as “a number of citizens, whether amounting to a majority or a minority of the whole, who are united and actuated by some common impulse of passion, or of interest, adverse to the rights of other citizens, or to the permanent and aggregate interests of the community.”

In Madison’s day, factions were limited in their ability to reach the general population, and it was understood that elected representatives would represent the general desires of the people. However, with today’s 24-hour news cycles, social media, and other online forums, factions can expound their positions to a large audience and overshadow consensus. As a result, it becomes more difficult to discern what the majority desires.

Madison wrote there were two ways to mitigate “the mischiefs of faction” — remove the causes or control its effects. To remove the causes, Madison argued, required either impinging upon the rights of the people to voice an opinion or to bestow upon everyone the same interests. The first option, of course, flies against the First Amendment (which was not yet written). The second is untenable: People will always disagree based on their positions in life and their own beliefs. Madison went on to say that it was up to an elected legislative body to negotiate equitable settlements when factions could not come to consensus and therefore protect what he called “the public good.”

The U.S. governs as a republic, not a democracy. Madison outlined the difference succinctly by explaining that in a republic a handful of citizens are selected by the population to represent them. Madison stated that because the causes held by factions cannot be removed, a legislative body — a republic — is the only process by which to control the effects of factional causes. A case in point is the House of Representatives, where the relatively large number of members from each state, in theory, would guard against national-level factionalism and therefore generally represent public interest writ large. Madison clearly understood the potential challenge to this process by recognizing that the legislators might not be up to the challenge, or as he so eloquently put it, “Enlightened statesmen will not always be at the helm.”In other words, one congressperson with an extreme viewpoint might represent a faction but be only one of 435 voices.

Elected officials have always been bombarded for redress by vocal, sometimes violent, groups demanding some action. The issues, however, have become magnified along with the fervor with which they are presented. In the earliest days of the country, issues were generally local because they directly affected individuals. The town newspapers carried information that was applicable to the region; events in Washington or elsewhere in the world may have been interesting but were an abstract concept to the local, primarily rural, readership.

With the advent of radio and later television, this began to change. By the 1960s, the conscience of the people became more focused on politics as the nation’s challenges were now being beamed into everyone’s living room for a half-hour each night. With the advent of cable television, all events large and small were now broadcast into homes and later accompanied by commentary. The line between factual news and opinion became blurred, and emotions began to play a larger role in discourse. As more people became aware of issues, they also now had access to pundits representing both sides. As they formed their own opinions, they could now choose news outlets and other information mediums mirroring their views.

Today, commentary on issues large and small is instantly and continually accessible. Every minor argument is now fodder for national news — and opinion. And everyone with access to the internet can weigh in on the conversation with an opinion regardless of their location.

We might now be at the Great American Political Tipping Point. Technology has reshaped the way the public conducts discourse.

Information technology can also be used to manipulate the media and vice versa, thereby impacting the public discourse. For example, in the late 1940s and early 1950s, Sen. Joseph McCarthy employed television, the strongest media platform at the time, to attack politicians, public servants, Hollywood celebrities, and members of the general public and accuse them of being communists. Through TV, he garnered international attention and became the face of a movement that fueled Cold War fears of subversion.

Today, social media amplifies politicians, coalescing factions far greater than their intended constituencies. For example, since being elected to the House in 2018, Alexandria Ocasio-Cortez has garnered national attention advocating for social reforms and a Green New Deal. She is portrayed as a leader of a faction of her party. As a result, her positions on issues and her influence on public debate belie her relatively minor ability to effect change at her level as a junior congressperson from New York. Similar mismatches between real and expected influence pervade both major political parties. Madison’s assurance that a republican form of government would mitigate factions neither envisioned nor factored in the reality of Twitter.

We might now be at the Great American Political Tipping Point. Technology has reshaped the way the public conducts discourse. Fact and opinion are interwoven. Instantaneous information access results in people demanding solutions just as fast. And their means for petitioning change are unfettered and unlimited, resulting in an overabundance of information pouring into government representatives’ offices. The deluge of appeals and uptick in their urgency has also changed how redresses are approached. Legislation once in the purview of the elected official is rapidly becoming government by referendum. Increasingly, ballots now include various issues on which voters decide directly, while legislators are relegated to creating the laws to enact the majority decision.

How does a republic accept this new paradigm? The Founding Fathers envisioned a representative form of government in which individuals choose someone to represent them. The elected representatives were supposed to represent those who elected them but also have the latitude to vote their conscience. If the constituency didn’t approve of how the elected representative voted, they had the ballot box to choose someone else. Now, politicians are button-holed into inflexible positions by the “gotcha” gauntlet of media. In an environment where every voice is heard, every voice is treated equally, and each day a new issue becomes the cause celebre, how will our elected representatives focus on how to “provide for the common defense, promote the general Welfare, and Secure the Blessings of Liberty” while fully preoccupied with, as Madison stated, “the regulation of these various and interfering interests (forming) the principle task of modern legislation”?

Unfortunately, our nation has a history of dealing with major factional rifts through bloodshed. The American Revolution was fought between two major factions: loyalists who supported King George III and the patriots who supported creating a separate country. The Civil War was similarly fought by members of two factions: slaveholders and abolitionists.

The divisiveness plaguing American politics today is nothing new, says constitutional law scholar Noah Feldman. In fact, it dates back to the early days of the republic, when a dispute between Alexander Hamilton and James Madison led the two Founding Fathers to cut ties and form the country's first political parties.

Today, the U.S. is again divided into two major factions: conservatives and liberals. Both are increasingly vocal in their demands for legislative action at the national level based on the moral lines they have drawn between them. Many have even advocated for constitutional amendments to codify and enshrine their beliefs, challenging the basic foundations of the republic. The ability to amend the Constitution has supported societal and political change for more than 200 years. The process was designed to be difficult, which is why it has been done only 27 times (not counting the Bill of Rights); though political factions would seem to want to amend it another 27 times over.

The downside of the amendment process is the potential to react to factionalism. The 18th Amendment was born of a factional movement to outlaw the sale and transportation of liquor — only to be repealed 13 years later by the 21st Amendment. The 22nd Amendment, limiting a President to two terms, was also the result of factionalism — a Republican Congress reacting to FDR’s extensive time in office — despite the wishes of the Founding Fathers. Perhaps it is time to revisit the entire constitutional process. There are several potential options. One is to do nothing; let the system continue to run as it does and hope for the best.

A second option could be through various legislative actions. For example, just as Congress addressed radio and television through the Federal Communications Commission, it could enact laws regulating the currently self-policing social media platforms. This new legislation could require these outlets to provide fact-checking, remove inappropriate content (yet undefined), and otherwise identify fact from commentary (or conspiracy). Congress could also consider internal legislation regarding the use — or abuse — of these media outlets by elected representatives. Rules for self-regulation and discipline already exist within Congress and could be amended to include media use in conducting legislative matters.

A third option could be to hold a national-level referendum to discuss the new reality and decide whether the basic social mores of our system still hold strong. The process could be designed to review the basic tenets of our society and decide where our current common ground exists to address the behaviors of the various major factions.

Regardless of how our government proceeds, it is clear we as a people need to hold national-level dialogue devoid of the emotions extant within the current social media construct.

Madison warned against factions that could “clog the administration” and “convulse the society.” The current polarized political environment, which has been extant for well more than the past two decades, demands action. The last time we found ourselves this divided was in the 1850s. We know how that ended. 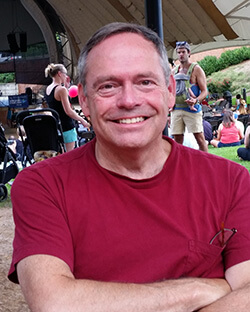 Tom is a retired Army officer and retired federal employee living in northern Virginia. He is currently a government contractor supporting the intelligence community. He is an avid history buff with a focus on the Second World War.