My father-in-law, Dolph, is no longer with us, but his forwarded mail still pours through our door slot every afternoon. Along with the bills and requests for donations, there is usually a magazine. Since his death in July, I have tried to cancel Dolph’s subscriptions to Smithsonian, Car and Driver, Political Science Quarterly, and Reader’s Digest, but there is one periodical that I welcome: the Mensa Bulletin.

Every month when we receive the latest glossy issue rife with articles on erudite topics, I skim the stories, glance at the poem, and ultimately land on the two-page puzzle section: Brain Games. Then I sit down with the magazine, my pencil, a cup of tea, and I invite Dolph, a card-carrying member of Mensa, to help me with the crossword.

Dolph, who had bushy gray hair and brown eyes that smiled from behind wireframe glasses, was quirky and kindhearted. He could also be something of a one-way conversationalist, asking questions so he could ultimately festoon his knowledge of the topic upon you. In many ways, I found it challenging to talk — or rather listen — to him. We communicated best through puzzles.

“Four-letter word for S-shaped molding?” I asked one day, with the New Haven Register open in front of me. Tired of listening to my father-in-law rhapsodize about local politics, I had tracked down the paper and turned to the crossword. My two kids were playing upstairs in Grandpa’s loft while my husband, Mark, was off picking up New Haven pizza. (Dolph relished living in a brownstone in the Italian section of Elm City.)

“Let’s see,” Dolph said. He ran through some options, maybe coming up with “ogee” or not. I don’t remember. But I know we kept going with the puzzle. I would toss out clues while Dolph reached into the recesses of his sharp Mensa mind to try and find answers. It was a convivial back-and-forth that picked up again after the pizza was long gone. We’d found our thing.

I would toss out clues while Dolph reached into the recesses of his sharp Mensa mind to try and find answers…. He found something he needed by engaging with other puzzle-loving people with top-2-percent IQs.

Dolph wasn’t a crossword whiz, but he had some specific knowledge to round out mine, and together we could fill in those blanks. Several times when he was visiting us in Boston, he and I spent Sunday morning with our heads bent over the The New York Times crossword. Sometimes we’d work together on a clue, but more likely one of us had the clear-cut knowledge. My strengths lie in literature and geography. Dolph knew his politics and history. Whenever we completed the Sunday crossword — something I struggled to do on my own — we high-fived each other and made an outsized show of how clever we were.

One day while parsing clues, we discovered we’d both had subscriptions to Games magazine in the late ’70s and early ’80s. I was an awkward girl who would spend hours with each puzzle-packed issue, battling my loneliness one word game at a time.

Dolph was a father in his 30s who liked puzzles and wordplay that tapped his arcane knowledge. It was in those years he was accepted into Mensa and found something he needed by engaging with other puzzle-loving people with top-2-percent IQs.

What he needed, I think, was a group to feel connected to, and I can’t blame him. Christened Adolph in 1938, my father-in-law told me he got beat up every day in elementary school. (His father, who was also Adolph but always called AJ, really didn’t think that one through.) In the wake of World War II, the kids called him Hitler. At 18, he officially changed his name to Dolph, but the damage had been done. Or maybe it was something other than playground abuse that made him so desperate for validation.

Dolph was a puzzle to me. He could be unpredictably generous — $2,000 for four scalped tickets to a Red Sox playoff game, just because — or cheap — a set of blue plastic bowls from Walmart for Mark’s 35th birthday. Before Christmas, he would send us a list of things not to buy him (clothes, power tools, pets). And when we went out to breakfast, he’d order burnt toast. If it didn’t come out blackened, he’d send it back.

My husband, who’s a psychologist, and I have speculated for years about Dolph’s eccentricities. Our best analysis: He was a bookish, nonathletic lover of the arts born into a working-class family that didn’t quite understand him.

While I didn’t understand him either, I still miss him. He was difficult for sure, but he adored me. When I published a book complete with an online treasure hunt that required the reader to solve a series of puzzles, Dolph bought copies for everyone he knew and gamely tried to solve the hunt. Even my impatience with him became part of our relationship. “Enough, Dolph!” I’d cheerfully scold when he would talk at me instead of with me. Then we would do a crossword.

We still do. With the Brain Games page open in front of me, I Google answers that Dolph would likely know. “Nice job,” I say when he gets one. We don’t always finish it, but it’s my way of spending time with a man who loved when people shared his passions.

Every month when the Mensa Bulletin arrives, I think I should email the name Dolph Santello to Bulletin editors for inclusion in the “In Memoriam” column and to say how proud he was to be part of your organization. I am sure there are people from his Mensa meetings who would want to know he has passed.

Or maybe one day soon I’ll receive a notice of renewal in the mail and will be left with a choice: to return the card with the word “deceased” or mail in a check for his Mensa dues and keep playing. 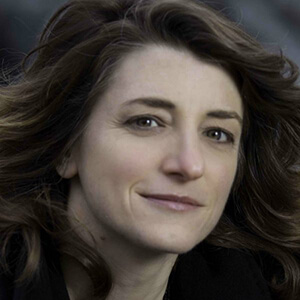 Sandra’s essays, articles, and short stories have appeared in hundreds of publications. Her memoir, Trove: A Woman’s Search for Truth and Buried Treasure, was published in 2019, and her debut novel, Wednesdays at One, will be released next year by Zibby Books. Sandra teaches writing at the University of Massachusetts, Lowell. Visit SandraAMiller.com.