Popular author, TV guest, and activist Ben Foss was given the very best support for his dyslexia in school. He eventually learned to read and then thrive academically. However, when he made it into Stanford Law School, he discovered that the amount of reading required was tough enough for a regular student but herculean for someone with dyslexia. He hit a wall. Eventually, Ben was saved by technology he wouldn’t have had access to only a decade earlier.

In the early 2000s, Stanford offered a service that converted Ben’s textbooks to an audio format, allowing him to listen to assigned readings and keep up with his peers. But then he made the most delightful of discoveries. With a little bit of practice and an increase in playback speed, he could listen faster than his peers could read, almost twice as fast. For the first time in his life, Ben’s dyslexia had given him an academic advantage.

Ben recognized the value of technology in advancing his academic goals but was frustrated with the slow text-to-audio conversion; turnaround was sometimes weeks. Years later, while working at Intel, Ben created a portable device, the Intel Reader, that would take a photo of text and translate it into spoken word on the spot — common enough now but revolutionary when it launched in 2009.

Really bright people, like Ben, are not immune to the bell curve distribution of dyslexia. It hits about one out of five people, and the general consensus is that it falls evenly across the IQ curve. (In a widely cited report from 2011, the National Institutes of Health declared, “NIH-funded study finds dyslexia not tied to IQ.”) That might be the case, but in my work as a dyslexia tutor and administrator of a dyslexia remediation program that has not been my experience.

Quite the opposite, in fact.

Most of my dyslexic students are brighter than average, some twice-exceptional, truly gifted kids, 99th percentile kids, with a delightful, even playful brilliance. I often refer to them as “My Little Einsteins,” which is oh-so-fitting because many (though controversially not all) believe Einstein was also likely dyslexic. Dyslexia has even been referred to as “the MIT disease” because it seems to impact so many of their faculty and students.

Most of my dyslexic students are brighter than average, some twice-exceptional, truly gifted kids, 99th percentile kids, with a delightful, even playful brilliance. I often refer to them as “My Little Einsteins.”

Historically, having dyslexia was demoralizing. It was poorly understood, and the go-to response from both parents and teachers was that the student was intellectually defective. Once labeled, dyslexics were left to continue in the classroom in extreme frustration and were typically tracked with lowered academic expectations.

For the very bright child, it could be worse. Their intellectual ability was glaringly obvious in other academic areas. They might struggle with reading, but they were off-the-charts amazing in maybe math, science, or art. This kind of performance disparity was not understood and, subsequently, often disbelieved. It was far easier to label these poor kids as obstinate, undisciplined, or lazy. Sadly, humiliation and punishment often followed.

More than one dyslexic adult has a horrifying story of being made to stand up in front of their class, unable to sound out even the simplest word, while the class was permitted (and sometimes encouraged) to snicker and belittle them. Interviews with adult dyslexics about the challenges of their early school years often turns to discussions of profound shame. It is unfathomable to me that any teacher could believe a child actually wants to be the only one in the room who doesn’t “get it.” But it was a common response. And if reports from parents are to be believed, some of this continues even today. Thankfully, however, our understanding has improved, and our approach has made great strides.

Early examples of automatic speech recognition technology include IBM’s Shoebox — a computer that recognized 16 spoken words and the digits 0 through 9.

Progress began in the late 1930s when Dr. Samuel Orton, a neuropsychiatrist and pathologist, and Anna Gillingham, an educator and psychologist, researched this common reading struggle. They produced findings that set the standard still embraced today, even by the most highly respected groups such as the International Dyslexia Association, the Yale Dyslexia Center for Research & Creativity, the national Decoding Dyslexia group, and even Ben Foss, now a prominent advocate for dyslexics.

Virtually all agree that Orton-Gillingham methods — multisensory, explicit, and sequential instructional practices — are the first line of response for a child (or an adult) with dyslexia. In my work with dyslexics, I’ve described it as an almost surgical dissection of words, teaching students to understand them at their smallest of parts and thus making them far more predictable to pronounce. I enjoy the now-common moment when my students, unprompted, will exclaim to me, “Why didn’t they just teach it that way in the first place!”

Orton and Gillingham could never have foreseen the explosion of technology-based tools that would become available for dyslexics. When speech-to-text applications emerged in the 1980s, allowing people to simply speak their words to life, they had an almost Star Trek feel. In the past decade or so, new and creative products have emerged at an unprecedented rate — frankly, making it hard to keep up with all the options.

Here are some I’ve had success using with my students.

Dictionary apps have blessedly replaced the tedious task of looking up a word and instead permit you to simply speak it aloud. In the past, you had to have at least some passable idea of how to spell a word, which, of course, many dyslexic children often do not. Our favorite, the Merriam-Webster app, allows you to just tap on the microphone and say the word, and then the app looks it up for you. No spelling required. Apoplectic? Tintinnabulation? Absquatulate? This app won’t even break a sweat.

The downside is that once my kids have found the correctly spelled word they wish to insert into their work, they really need the app to audibly spell it back to them. One of my students, Brody, was so insistent of this need that we contacted the folks at Merriam-Webster to get this on the radar of their tech team. They responded with a nice and even encouraging note, but so far, no spell-back feature. Not to worry. The How Do You Spell It app came to our rescue. This app does just what you’d expect. Say the word, and it immediately spells it back to you, out loud, one letter at a time. Just be sure you precede your request with the word spell, as in, “Spell logophiles.” If you say only the word, the app won’t recognize the command.

Put Down The Pencil

Many other learning disabilities often overlap with dyslexia. About half of all dyslexics have ADD/ADHD. Others may have significant memory struggles. Another condition we see frequently is called dysgraphia, which literally means an impairment of handwriting. But it’s not an issue of simply having poor penmanship. It can incorporate a hyper-tight grip, inability to execute consistent letter forms, and no awareness of how to use lines and white space. The many challenges of dysgraphia can translate into an obvious problem getting these kids’ otherwise brilliant thoughts on paper.

For elementary school children, Snap/Type is a wonderful tool to help bridge the brain-to-page gap. It allows you to take a picture of the worksheet, complete with all sorts of graphics and fill-in-the-blanks. Snap/Type will then create a document where you can now type your answers in the blanks on the page and then print or send to your teacher without ever touching a pencil.

All of us, dyslexic or not, have been thankful for the spell-check and grammar-check functionalities embedded into our word processors that catch when we’ve used compliment instead of complement. Many of my kids have added Grammarly to their set of tools, which will not only correct many spelling and grammar mistakes but suggest alternative vocabulary. It can even be applied to your email, catching common errors as we rattle off a quick response to our boss.

Dr. David Winters, professor and Special Education Department head at Eastern Michigan University, is also a technology reviewer for the International Dyslexia Association’s quarterly journal. He shared with me one of his favorite tools, Ghotit. This great program was created by dyslexics for dyslexics.

The creators discovered that dyslexics tend to spell phonetically, so their errors are relatively predictable. They created a massive bank of common dyslexic misspellings. The end product is a tool that will take your phonetically reasonable but nonetheless misspelled text and replace it with accurate spelling. To demonstrate this, Dr. Winters typed,“Toda is a butefull da,” which was instantly recognized and corrected by Ghotit. Its name is playfully based on the fact that the similarly spelled ghoti can phonetically be pronounced “fish” — GH as in tough, O as in women, and TI as in initial. Don’t you just love English?

Many schools now obtain a site license with an organization called Learning Ally, which hires real humans to read and record their library of more than 80,000 books, including many school textbooks. BookShare offers a similar service using digitized voices, enabling them to provide a much larger library. Both offer individual memberships as well.

These paid services, however, are now facing considerable competition from cheaper or even free options. Speechify is an app that will take a photo of a book page or document and then read it to you. Voice Aloud Reader is a similar app. Even my humble little document camera has a read-aloud feature, although it so far lacks the sophistication of other current products.

Today, most word processors offer fairly robust text-reading programs. Microsoft has had several options since 2003, the most recent being Read Aloud, which allows you to place your cursor at any point in the text of your document, click the Read Aloud button, and then sit back and listen.

For a time, I would block and copy text from the web into my word processor in order to use this Read Aloud feature. Now, most search engines offer a text-to-speech option that can be added. Firefox has a nice one that can be easily acquired through the Mozilla Add-ons, resulting in a little red megaphone in the upper right corner.

A common in-school accommodation for dyslexic students is to have tests read aloud. While this might be a worthwhile solution, it can be embarrassing to many students and difficult for a teacher to achieve. A great solution is the C-Pen ExamReader, a pen-sized handheld device that the student slides across the sentence. The device then scans and translates the text into spoken word heard only by the student through their earbuds. At about $250, this affordable option can alleviate the need to find someone who can take the student out into the hallway and read to them.

It’s a better time to be dyslexic than perhaps ever before. So, if you know a brilliant little dyslexic Einstein of your own, make sure they get the best academic and emotional support. But also give them a solid exposure to the many new assistive devices that make life so much easier. Remember … one in five. 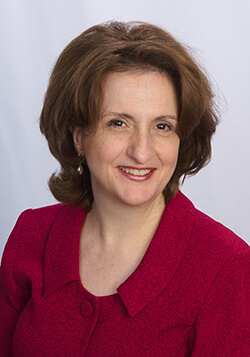 Carol loves the highly distracted mind; these are her people. For 20 years, she wrote books and presented workshops to those who teach ADD/ADHD kids. Her online community, Sizzle Bop, became a popular resource for parents who homeschooled highly distractible children, enjoying a membership of more than 5,000 families. Because half of dyslexics are also ADD/ADHD, she now spends her time tutoring dyslexic kids (and adults) completely online.