With pride, we celebrate these Local Groups and volunteers within our ranks that continue to go above and beyond to make American Mensa grow and thrive. Following are the 2019 American Mensa national and group award winners.

Named for American Mensa’s first Executive Director, the Margot is bestowed “for the rendering of exceptional service to Mensa for a number of years.” 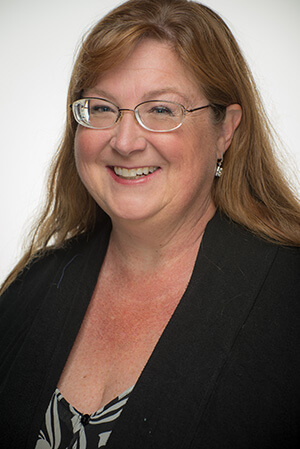 After college, Robin Crawford worked as a high school teacher in a locked psychiatric facility. Could there have been any better training for the diverse and deep volunteer service she would later perform for Mensa?

Crawford’s dedication and service — numerous committee assignments and roles including Local Group Editor, LocSec, RG Chair, and national Communications Officer — has now earned her American Mensa’s highest honor, the Margot Award. She becomes the 18th unique recipient of the Margot Award, given to a member for exceptional service over an extended period to the organization. Margot Seitelman, American Mensa’s first Executive Director, was the first recipient, and in 1980 the award was named for her.

“With Robin, it’s not just the commitment to service,” said LaRae Bakerink, Chair of American Mensa. “Her passion and her mentoring of other members have made Mensa better for everyone.”

Crawford was born in New Jersey, grew up in Illinois, and graduated from Indiana University with a degree in speech/theater and French. After college, she worked for 11 years as a teacher before leaving her job to raise her twins in suburban splendor. It was around this time, in 1989, that she joined Mensa (becoming a Life Member in 2008).

“To keep myself sane, I did lots of Mensa stuff,” she says. Her Local Group, Chicago Area Mensa, was among the first to benefit from Crawford’s volunteer spirit and leadership. She served as the group’s LocSec from 2003-06.

It should be no surprise that Crawford’s reach extends to the Mensa Foundation, for which she edited the Mensa Research Journal from 2012-14.

Chairman’s Service Awards are presented by the Chair in recognition of superior service to the organization.

National Certificates of Appreciation are given in gratitude of a noteworthy contribution to the organization by a member.

National Service Awards recognize faithful service to American Mensa and contributing greatly to the growth and betterment of the organization.

The Distinguished Service Award is given in cases of outstanding service to American Mensa.

Dr. Francis A. Cartier Jr for his service on Awards for Excellence in Research and Research Review committees

The Gifted Youth Program Award is given for superior service as a Gifted Youth Coordinator and for contributing to the growth of programs that serve gifted youth and/or Young Mensans.

Abbie Proctor of the Year

The Abbie Proctor of the Year Award is named after longtime American Mensa Supervisory Psychologist Dr. Abbie Salny and is given to members who are ambassadors of Mensa, make test sessions enjoyable, test regularly, show originality with testing sessions, and are conscientious Proctors.

Achievement levels are, lowest to highest: the Emerald, the Sapphire, and the Ruby. Additionally, each of the five Local Groups obtaining the highest points in individual classes are specifically recognized separately as the Diamond Group winner for each level.